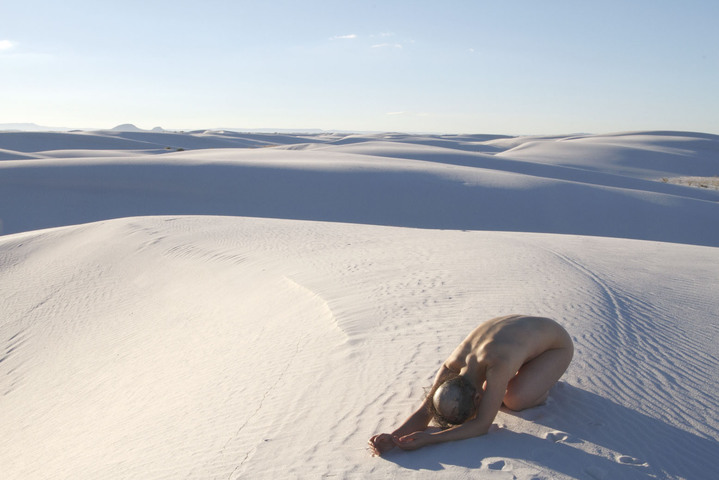 According to the biblical Gospels, during the crucifixion of Christ, a crown of thorns caused him pain and reversed the symbol of majesty, to instead represent degradation. And yet, Jesus was willing to endure the pain, and embraced the rejection, so that he could open the door for humans to escape with him from their sin. In Buddhism, suffering comes from human’s own deluded states of mind. In order to realized the nature of mind, first we need to accept the fact of suffering and observe it without reacting.

I decided to make a crown of thorns out of human hair that represented the impurity of mind, that which causes our pain. In the video, I show a process of enduring, and letting go as act of purifying the mind.

White Sands National Monument in New Mexico where I chose to perform, has two significant meanings. As a psychic landscape the desert often evokes a space of wandering, spiritual thirst, purification, and redemption. White represents rebirth, renewal, restoration, and emptiness.